2 - A brief history of diagnostic tests for myeloma: Bence Jones protein and beyond

2.1. The identification of Bence Jones protein 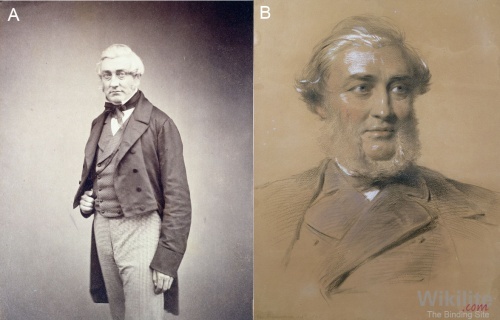 Although immunoglobulin free light chains (FLCs) are synonymous with Bence Jones proteins, history might have been more generous to others involved in their discovery [47][48][49][50][51].

On Friday, October 30th 1845, the 53-year-old Dr William MacIntyre, physician to the Western General Dispensary, St. Marylebone, London, left his rooms in Harley Street. He had been called to see Mr Thomas Alexander McBean, a 45-year-old, highly respectable grocer, who had severe bone pain and fractures. He had been under the care of his general practitioner, Dr Thomas Watson, for several months. Upon examination of the patient, William MacIntyre noted the presence of oedema. Considering the possibility of nephrosis, he tested the urine for albumin. To his consternation, the albuminous protein precipitate found on warming the urine, uncharacteristically, redissolved when heated to 75°C.

Both Dr MacIntyre and Dr Watson then sent urine samples to the chemical pathologist at St. George's Hospital. A note accompanying the urine sent by Dr Watson read as follows:

The tube contains urine of very high specific gravity. When boiled it becomes highly opaque. On the addition of nitric acid, it effervesces, assumes a reddish hue, and becomes quite clear; but as it cools assumes the consistence and appearance which you see. Heat reliquifies it. What is it?"

Over the next 2 months, the patient deteriorated, became emaciated, weak, and was racked with pain. He eventually died on January 1st 1846, in full possession of his mental faculties. Dr MacIntyre subsequently published the post-mortem examination and the description of the peculiar urine in 1850 [52]. Unfortunately for him, Henry Bence Jones [17][18] (Figure 1.2) had already described the patient’s urinary findings in two, single author articles, one of which was published in The Lancet, in 1847. He considered the protein to be an “hydrated deutoxide of albumen”. He wisely commented:

“I need hardly remark on the importance of seeking for this oxide of albumen in other cases of mollities ossium”.

Bence Jones’s reputation was assured, while the contributions of his colleagues were consigned to the footnotes of history.

For all the apparent injustice to his colleague, William MacIntyre, Henry Bence Jones achieved much else in his career. He published over 40 papers and became rich and famous based on his clinical practice, lecturing and original observations, and was elected to fellowship of The Royal Society at the tender age of 33. Florence Nightingale once described him as “the best chemical doctor in London.” Surprisingly, there was no mention of Bence Jones protein in his obituary and the eponym (and the hyphen in his name) was not used until after his death [48].

2.2. The identification of serum monoclonal proteins

In parallel with the clinical and scientific observations of the role of Bence Jones protein, electrophoretic techniques for protein separation were evolving and eventually entered clinical laboratories. Perlzweig et al. [56] were the first to report hyperproteinaemia in MM in 1928. Shortly after in 1930, Tiselius reported the homogeneity of certain serum globulins using a technique he devised, termed moving boundary electrophoresis [57] In this technique, proteins moved through a U-shaped electrophoretic cell and the detection system was based on the refraction of light by proteins as they moved through the tube. Tiselius found that there was a difference in the refractive index of light at boundary interfaces between major protein fractions, and in 1937 he described how serum globulins could be separated into alpha, beta and gamma components [58]. In 1939, Tiselius and Kabat [59] demonstrated antibody activity in the gamma globulin fraction. Moving boundary electrophoresis became commercially available, but was very labour-intensive and the technique was limited in its ability to detect subtle abnormalities [60]. Using this technique, in 1939, Longsworth et al. [61] recognised tall, narrow-based, “church spire” peaks in the sera of patients with multiple myeloma (MM). Electrophoresis was subsequently improved by using filter paper as a support, which allowed the separation of protein into discrete zones that could be visualised with dyes [62]. The method was further improved using cellulose acetate and agarose gels in the 1950s and 1960s, and subsequently automated using capillary zone electrophoresis in the 1990s (Chapter 4) [60]. Finally, immunofixation electrophoresis was first introduced in 1964 by Wilson et al. [63] and became established in the 1980s [64].

Jan Waldenström [63], in a seminal lecture series in 1961, was the first to describe the key concept of monoclonal vs. polyclonal gammopathy. Importantly, he distinguished monoclonal proteins (characterised by a narrow band of gammaglobulin on electrophoresis, often associated with MM or macroglobulinaemia) from hypergammaglobulinaemia (characterised by a broad band, and regarded as a polyclonal increase in proteins, that was associated with an inflammatory or reactive process).

Clear identification of κ and λ molecules became possible with the use of antibodies specific for each type of protein. Immunodiffusion was initially used [65], followed by immunoelectrophoresis in 1953 [66], radial immunodiffusion and ultimately nephelometry and turbidimetry. The first successful attempt to measure FLCs in serum was in 1975. Size-separation column chromatography [67][68][69], was used to isolate them from intact immunoglobulins, prior to analysis. Although the results were accurate and showed the potential use of serum analyses, these assays were clearly impractical for routine use. However, serum immunoassays for Bence Jones protein (serum FLCs; sFLCs) remained unattainable because the antibodies could not distinguish between sFLCs and the overwhelming amounts of light chains bound in intact immunoglobulin molecules.

Subsequent assays focused on the use of antibodies directed against “hidden” epitopes on FLC molecules. These are located at the interface between the light and heavy chains of intact immunoglobulins and become detectable when the FLCs are unbound. Radioimmunoassays and enzyme immunoassays using polyclonal antisera against FLCs were used to analyse urine samples, but specificity remained inadequate for serum measurements [70][71] and variations in FLC polymerisation caused measurement errors [72][73].

The use of monoclonal antibodies was an obvious approach to improving specificity, but satisfactory reagents were difficult to develop and their use was initially restricted to radio-immunoassays and enzyme immunoassays [74][75][76][77]. Early attempts to develop turbidimetric [78][79] and latex-enhanced nephelometric assays [80] using polyclonal antibodies could not detect normal sFLC concentrations, and cross-reactions with intact immunoglobulins were unacceptable. In 2001, immunoassays based on polyclonal antibodies were finally developed that could measure FLCs at normal serum concentrations [81]. Their utility was quickly made apparent when monoclonal FLCs were detected in the sera of most patients classified as having nonsecretory MM (Chapter 16) [15]. Furthermore, as described in The Lancet, all of 224 patients with light chain MM who had Bence Jones proteinuria also had elevated sFLC concentrations (Chapter 15) [83]. The serum tests were also better at detecting residual disease than urinalysis (Chapter 24).

These results and many others, heralded the widespread use of sFLC immunoassays, and the incorporation of Freelite® assays into International Myeloma Working Group guidelines (Chapter 25).

One of the great diagnostic benefits of sFLC analysis is the κ/λ ratio. This is because: 1) it provides a quantitative assessment of clonality; 2) the clinical ranges are enhanced due to immunosuppression of the non-tumour FLCs; and 3) there is automatic compensation for variable metabolism (Section 3.5). These same advantages can be exploited for intact immunoglobulins if the different light chain types are measured (eg. to produce a ratio of IgGκ/IgGλ). Raising polyclonal antibodies specific for the unique, junctional epitopes, spanning the heavy and light chain immunoglobulin constant regions, is a significant challenge but reagents have now been developed for the 3 main immunoglobulins (i.e. IgGκ, IgGλ, IgAκ, IgAλ, IgMκ and IgMλ) (Chapter 9) [81]. Turbidimetric/nephelometric immunoglobulin heavy/light chain (HLC) assays were made available for general use in 2009 – 2010 with the trade name of Hevylite®.

HLC assays typically have a greater clinical sensitivity than SPE (for monoclonal immunoglobulin) and can exceed that of IFE in some instances (Section 18.4). In addition, the assays can be particularly helpful for monitoring patients with IgA myeloma if their monoclonal immunoglobulin co-migrates with other proteins in the β-region of SPE gels [38]. Preliminary studies have also indicated that suppression of the uninvolved HLC-pair (e.g. IgGλ in an IgGκ patient) may be more informative than assessment of general immunoparesis and HLC analysis has provide prognostic information in both monoclonal gammopathy of undetermined significance and MM (Chapters 13 and 20). It is too early to judge how valuable HLC assays may be in the management of myeloma and related disorders but, in an editorial, Keren described Hevylite assays as "an important addition to our armamentarium for detecting and quantifying monoclonal proteins" [60].